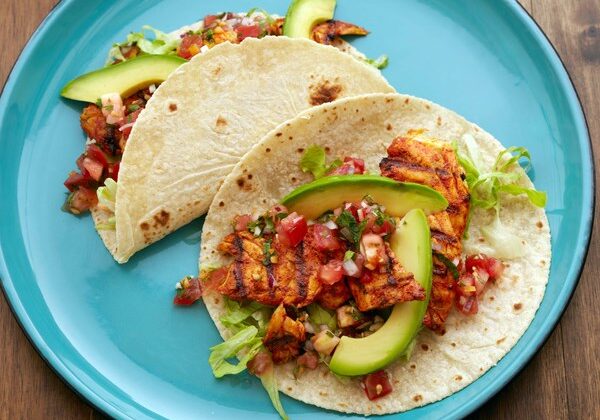 If you are going to come to Mexico City then trying out the range of tacos on offer here is an absolute rite of passage. Many will tell you to avoid street sellers as you may get sick and ruin your holiday, but as long as you are careful this will not be an issue. Always choose street vendors who have a queue or other customers enjoying the food and you will be just fine. When you get to the city you are going to see that there is an enormous range of taco choices for you to chose between, and these are some of the best which you just have to try.

Tacos al Pastor has links to the Arabs coming over here many centuries ago, and that is why it is so similar to a kebab, which is cooked on a spit. This is a dish which is similar to Greek gyros, except instead of using lamb the meat is pork, which has been heavily marinated. These small little tortillas get filled up with that delicious meat and then topped with pineapple, cilantro, salsa and lime for the perfect little snack, you can get these for around 20 cents each.

Another pork option for the tacos is carnitas which are sold in the markets and on the streets of Mexico City. Carnitas filled with pork which has ben slow cooked for a number of hours, and then kept warm and moist for whenever you need it. Carnitas can feature a number of different cuts of pork, depending on how rich you want the flavor to be.

Typically sold on a weekend, and fantastic for a hangover they say, barbacoa is a dish which features slow cooked mutton. Traditionally this would be cooked in an Earth oven, but this is not so much the case in the city, for that style you have to go to nearby states where they continue that style. Barbacoa is very soft and moist meat, which is served in a taco with some onion and cilantro, along with the obvious salsa and lime.

These beef tacos are found throughout the city and they are known for being soft and very easy to eat. The meat comes from the part of the cow between the belly and the leg and features no muscle or sinew that often make meat tough. These have been a staple of taco cuisine for many, many years.

When my good friend and chef Javier Burillo was showing me around the tacos of the city, he handily pointed out that I have to be careful when asking. The reason for this is that in the city they will use every part of the animal, including brains, trotters and snouts. If you aren’t bothered about this then great, but if you aren’t a fan of those bits and pieces then be sure that you know what you are asking for.

Which ones will you be looking to get your teeth into first?

To read more on topics like this, check out the Travel category