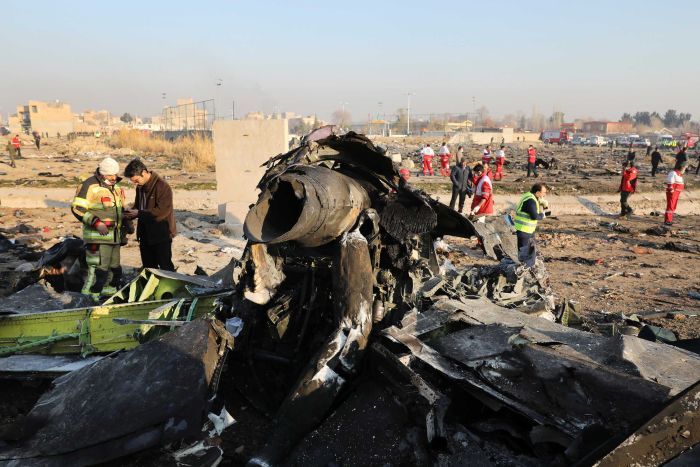 Iran admits to shooting down an Ukrainian passenger plane:

The Iranian government released admitted accidentally shooting down a Ukrainian passenger which they claimed they mistook for a hostile military aircraft. The Iranian government did not admit full blame for their mistake and also cited that American adventurism as one of the reasons why they chose to shoot down the Ukrainian passenger plane. Unfortunately as a result of the crash 176 individuals tragically lost their lives. Many of whom were Iranian and Canadian nationals.

In retaliation for the the incident and Iran’s supreme leader Ayatollah Ali Khamenei’s less than empathetic remarks hundreds of Iranian protestors took to the street in order to demand the prosecution of Khamenei. Who many call a dictator.

Iran’s only female Olympic medallist Kimia Alizadeh has chosen to defect from homeland and has spoken out about the unacceptable everyday sexism which women are subjected to in Iran. Alizadeh who won a bronze taekwondo medal athlete the 2016 Olympic Games in Rio de Janeiro has not yet spoken out about whether she intends to represent a new nation at the upcoming 2020 Tokyo Olympics.

The Duke and Duchess of Sussex plan to take a step back from their duties as senior royals:

The Duke and Duchess of Sussex made international headlines when they released their plans to take a step back from their royal duties as senior royals in favor of spending half of their time in England and half of their time in North America. Opinions on the couple’s decision have been mixed with royalists blaming Meghan for splitting Harry from the royal family, while the couple’s fans have celebrated the couple’s progressive stance to seek a more normal life.

Whether the royal couple will get their wish, has yet to be decided with the Queen holding talks between senior royals about the couple’s plan to step step back from royal life.

Manila’s international airport closes due to a volcano eruption:

Manila’s international airport has been temporary closed due to the eruption of a Taal Volcano, a small volcano which is located approximately 37 miles south of the Philippines’ capital city.

5 individuals were shot in Colorado:

5 individuals were shot on Sunday morning at an apartment complex in Aurora, Colorado. As of the time being the suspect is still on the run. However, all five of the individuals who were shot, 3 children and 2 adults are receiving medical attention at a nearby hospital and are expected to recover from the incident.

Pope Benedict who became the first pope to stand down from his position in over 600 years has publicly warned the current pope, Pope Francis to remain strict on the church’s celibacy rules. After Pope Francis had brought up the possibility of allowing allowing older, married men in remote areas of South America to become priests.

Hopefully you now feel up to date with the latest news stories which have made international headlines. As a result of reading all of the breaking new stories which were listed above.